Could June Mark Sundown for EB-5?

A sunset provision could see the highly successful EB-5 program draw to a close at the end of June 2021. Previously, the EB-5 program formed part of a process by which Congress automatically renewed bills when a new budget was announced. Former President Trump’s administration removed the program from this bill, meaning this year it will stand alone in Congress. More Than Immigration Since 1991 the EB-5 program has been much more than an immigration program. The reality of the program is that it was a jobs creation and investment program. Since its inception, the program has created millions of jobs and brought in billions of dollars in investment capital alone. As the most economically successful immigration program of all time, the true sum of its financial benefit to the US is incalculable. Jobs and opportunities created over the last thirty years will have had untold impacts on local and national economic prosperity. Biden’s New Proposals In a new bill sent to Congress for consideration, President Biden has proposed the removal of the country by country limits for green cards. He has also requested unused visas be claimed back, as well as no longer counting family members toward the current caps. Whilst these measures would greatly benefit the availability of the EB-5, it does put more pressure on Congress, already suffering from a backlog of bills. Many industries, business leaders, and state politicians have come out in favour of the EB-5’s continuation. Among them are the hotel and lodging sector, economic development organisations and the real estate industry. Mayors from across nineteen states, as well as national and local chambers of commerce, have all spoken in favour of the bill’s renewal. This coalition of supporters called for integrity reform measures and long-term reauthorisation in a letter sent to federal lawmakers. A national trade association, IIUSA (Invest in the USA), which represents over two hundred regional centers that account for the EB-5’s generous capital investment, is backing the bill. The Fight for Foreign Investment The 2020 pandemic saw foreign investment plummet 49% in the US. Meanwhile, China saw a rise of 4% seeing it pass the US making it the largest recipient of foreign investment for the first time. China’s early response and large-scale lockdown measurement of its manufacturing quickly picked back up and was the only country reporting economic expansion in 2020. This all sends a firm message to Congress that the bill needs passing. Through job creation and investment, the EB-5 could play a large part in post-COVID economic recovery for the US.
blog EB-5 EB-5 program EB-5 Visa Program Immigration Immigration Program investment residency 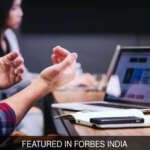