As the sunset date draws ever closer for the EB-5 Immigrant Investor Program, its supporters have presented a reform bill to congress. The bill seeks a long-term reauthorisation of the program along with reformation in the interest of national security and fraud prevention. The not-for-profit trade association, IIUSA (Invest In USA) announced that Senator Chuck Grassley, a ranking member for the Senate Judiciary Committee, and its former chairman Patrick Leahy submitted a reform bill to congress. Addressing issues of fraud and risks to national security, the EB-5 Reform and Integrity Act of 2021aims to counter attempts to exploit weaknesses in the program. EB-5 Benefits The EB-5 has entered its 30th year, and in that time has accrued $41 billion in capital investment and created more than 820,000 jobs for US workers. The Coalition to Save and Create Jobs (CSJC) and the IIUSA applauded the Senators for their work in trying to save what has been the most economically successful immigration program in US history. Security Risks Whilst the initial aim of the program was to benefit areas identified for investment, for the past decade it seemed to only benefit wealthier areas. This abuse has led the investment away from the rural areas it was initially supposed to benefit. Both President Obama and Trump took measures to restore incentives in rural investment, the figures still point to manipulation by developers. The reform bill would offer more transparency allowing for investment to reach the TEAs (Targeted Employment Area) as intended. Long-Term Reauthorisation With the reform, came a plea to Congress for a long-term reauthorisation of the program. The bill has backing from trade associations, mayoral offices across many states, chambers of commerce, economic development organisations, and health care facilities among others. If reauthorised the program could have continued to benefit good faith immigrants as well as good faith Regional Centers and the US economy. The bill looked to reduce the risk of fraud and national security breaches by investors through the introduction of additional disclosure requirements. Regional Centers would also come under more scrutiny with stricter rules and certification for compliance. As of this past week, the bill was not passed in Senate and therefore the program will not be reauthorized passed June 30th. In effect, this means that the Regional Center program will expire while the direct investment program will continue to live on. For the time, there is no news as to whether and when the program will be reauthorized although the hope is there that the government will step in to save previous investors and immigrants from a potential downfall in their application process by reauthorizing some form of the program. Whether the price will change, Targeted Employment Areas will change, or integrity measures will be introduced is yet to be seen.
blog EB-5 EB-5 program EB-5 Visa Program Immigration Immigration Program investment residency Could June Mark Sundown for EB-5?
Contact Step Global for US EB-5 Visa 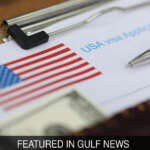 The Effects of COVID-19 on US Immigration When Do I Need an Immigration Lawyer?